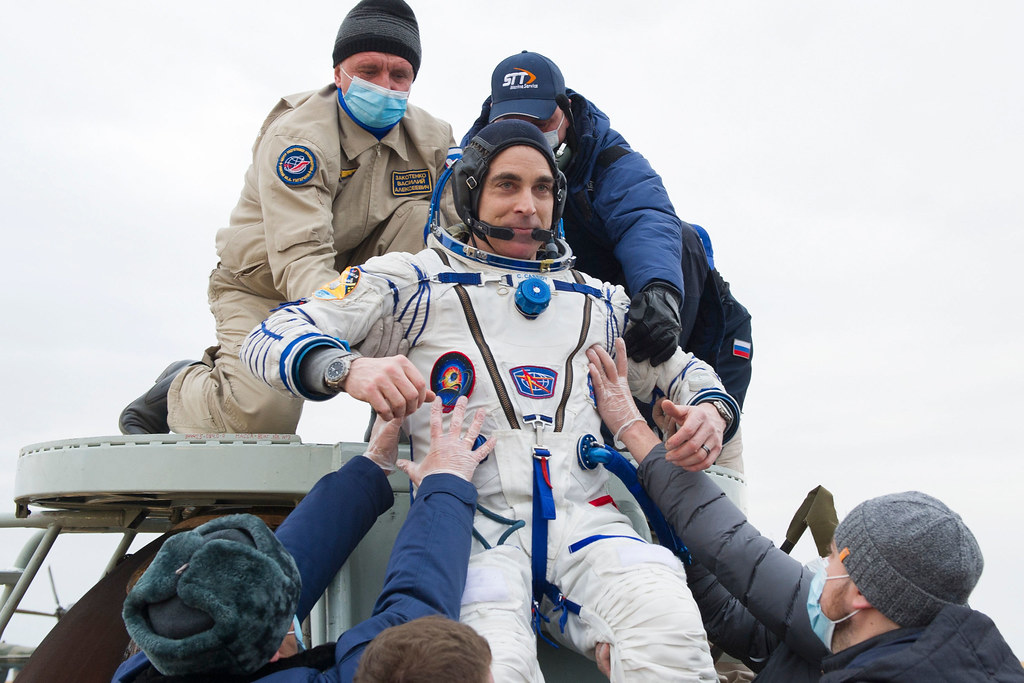 Reality and science fiction could not be more different when answering the age-old question: how do astronauts get back to Earth?

Landing back on Earth is not simple, and there are many moving parts to the journey home. If even a single point of the process fails, the astronauts’ lives are in significant danger.

Read on to learn how astronauts get home and what happens to the pieces of the shuttle they leave behind. Additionally, you’ll learn a little about space missions in the past.

Getting Back To Earth is a Process

Landing back on Earth after a stint in the space station or other excursions through space is difficult.

This journey requires many intelligent mathematicians, physicists, and engineers to come together and produce plans that work together.

If anything happens to the capsule onboard, these astronauts may be stranded in space, orbiting our planet until engineers come up with a way to get them back home.

Engineers used to design space shuttles for multiple missions with the idea that one shuttle could last several years. However, multiple-use space shuttles became too expensive to manufacture, and there were not enough uses for them.

These designs were released to make way for a method that allowed for better travel without repairing old technology. 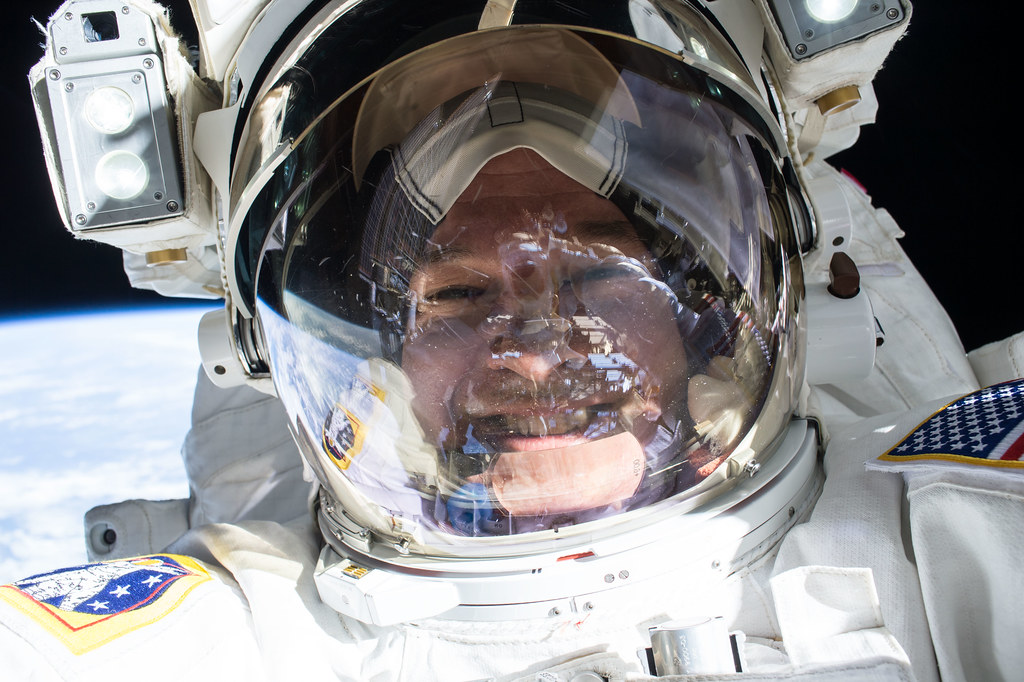 Re-entry capsules are on board every shuttle that enters space.

Although these shuttles are not meant to come back down and be re-used for new missions, the parts are often snatched from the ocean when the Earth’s gravity pulls them back in.

Re-entry capsules are small pods that astronauts go to when they are ready to come home. These pods may be small and are only meant to be inhabited for a short time.

The capsule is outfitted with parachutes to assist with an ocean landing to keep astronauts safe.

As technology progresses, more space programs are cropping up and making advances that humanity can only dream of.

For example, the Falcon 9 rocket is one of the newest designs from SpaceX that can be reused for multiple missions.

Re-entry is as safe as it could be with the current technology humankind has developed. However, the process cannot be considered safe.

Re-entry, like a shuttle launch into space, should only be attempted by professionals who have spent hours practicing for every scenario that could go wrong.

Read on to learn the most common errors that could happen during re-entry.

If the capsule is not insulated correctly or the insulation material has shifted, the capsule may burn up and cause a catastrophic mechanical failure or a loss of life.

Re-entry pods have many metallic parts and other man-made materials that are fire-resistant or made with other catastrophes in mind. However, these capsules can still be subject to errors.

If even a single capsule part is missing or placed incorrectly, a re-entry pod can catch fire and cause a significant problem for the crew. A capsule failure may make re-entry impossible or much more dangerous than initially intended.

Re-entry capsules are constantly modified to ensure they are as safe as possible and won’t cause a significant problem for the crew trying to get back to Earth.

However, mistakes happen. Many checks happen before the product goes to space.

Parachutes May Not Deploy

One of the biggest concerns for re-entry capsules is the parachutes. These capsules are outfitted with many parachutes to help the astronauts land safely in the ocean. Although the landing is bound to be challenging and rough regardless of how many parachutes are present to help slow their descent, these parachutes can mean the difference between life and death.

Without the parachutes on the capsule, astronauts may plummet into the ocean, and their capsule may break apart upon impact, rendering the crew unconscious – or worse.

Parachutes help take the speed away from the capsule and allow the heavy machinery to glide into the ocean where first responders are waiting nearby to assess and treat any wounds left behind from re-entry.

Most capsules are on a trajectory easily identified by those monitoring the shuttle and mission progress.

Thankfully, experts can accurately identify where these capsules will land and have plenty of crew standing watch to rescue them from the capsule as soon as they safely touch down in the ocean.

Astronauts Land In The Ocean

Astronauts must land in the ocean to consider the re-entry portion of their journey safe.

If astronaut capsules landed anywhere else, there would be significant damage to the capsule and the crew – even with a dozen parachutes on the pod.

The ocean water helps cushion the fall and, although still jarring, ensures the crew has a safe and secure descent back to Earth.

All missions into space are carefully monitored for their trajectory and each person included in the mission will know approximately where the capsule will land in the ocean.

Most times, the mission is laid out and designed with strict timetables to ensure that the pod’s re-entry means the astronauts inside will be able to land safely in a part of the ocean easily accessed by first responders.

If this window is missed, an astronaut capsule could land on a hard patch of Earth and damage the pod and crew beyond repair or recognition. 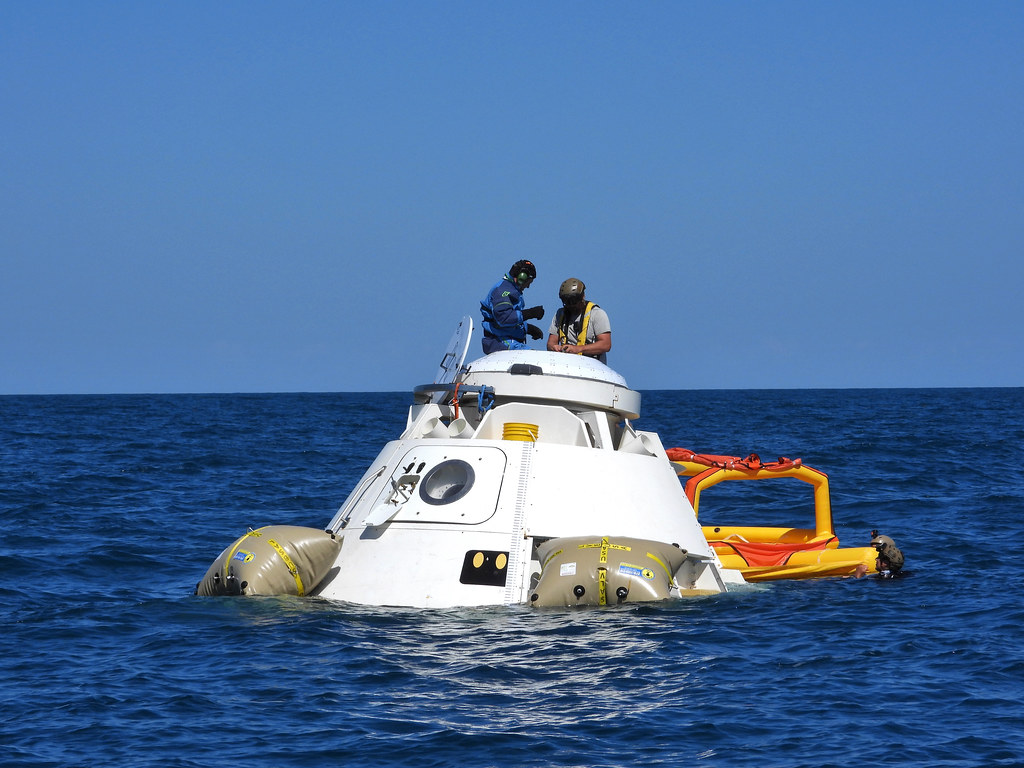 Do Shuttle Parts Stay In Space?

Some shuttle parts will stay in space for years after a mission is completed.

Because modern shuttles and rockets are not reusable yet, many of the components of a shuttle launch mean that portions of the technology remain in orbit around Earth until gravity slowly drags the pieces in and they fall to Earth.

Shuttle parts like rocket boosters will fall to Earth before hitting space and land in the ocean where they can be recovered and used again as scrap or refurbished onto a new rocket.

Other portions of shuttles may be lost to space and float into the unknown for the rest of the time.

If shuttle parts are not lost to space or fall back to Earth, they may be burnt up in the atmosphere upon re-entry, rendering them cinders.

These answers can help you understand how astronauts make it back to Earth and other interesting facts.

Do astronauts make it back to Earth?

Astronauts make it back to Earth often. Although the process is nerve-wracking and dangerous, most re-entry missions go smoothly and end well.

Why can’t astronauts walk when they return to Earth?

Astronauts must keep up with rigorous exercise if they want to be able to walk when they return home.

Even with rigorous exercise, some astronauts may need time to build their muscles back up and get their bone strength back.

How did Neil Armstrong get back to Earth?

Neil Armstrong and Buzz Aldrin boarded Columbia and left the moon to return to Earth. 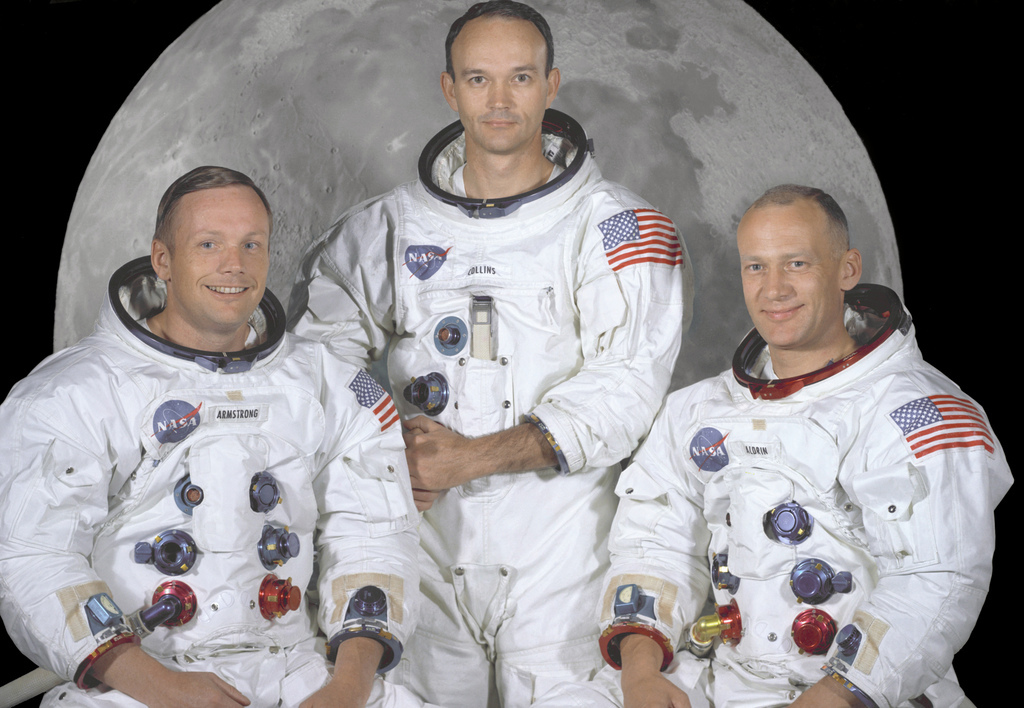 What happens if astronauts run out of fuel?

If an astronaut’s shuttle runs out of fuel, the shuttle will continue to move forward.

There is no friction in space to stop the shuttle and thus the shuttle will continue forward until it collides with another object.

How many flags are on the moon?

Six flags were initially planted on the moon. One has since fallen over, but five flags remain upright on the moon.